“From Chalk To Cheese” – New History Book Is Published 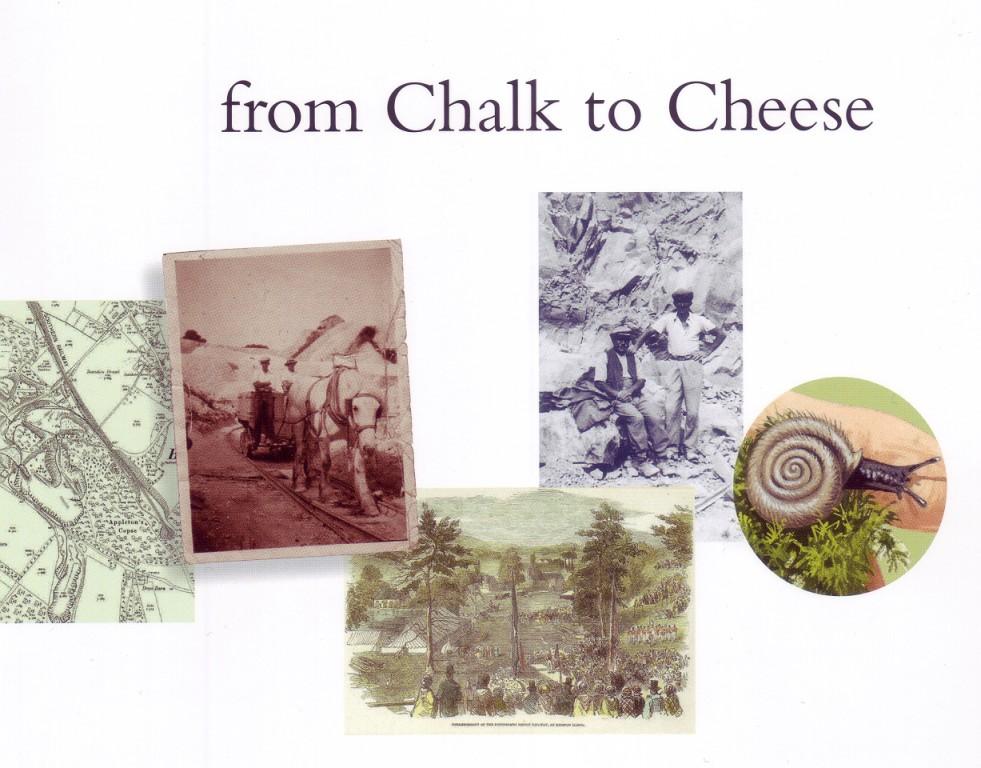 A new book about Buriton’s chalk quarries and lime works has been produced to mark the end of the five-year lottery-funded project to enhance the Buriton Chalk Pits Local Nature Reserve.

The book tells the story of why, over thousands of years, chalk has been quarried and turned into lime – and the fascinating and important part that Buriton has played in this process in recent centuries.

It describes the industrial processes which took place near to the village before the Second World War – and how nature has subsequently reclaimed the disused quarries.

Much of the book is set in and around Buriton but it begins with a brief chemistry lesson, explaining the relationship between chalk and lime, before describing the uses of lime in agriculture and in building. This is followed by a short description of the manufacture of lime: from quarrying, through the burning process to preparing the product for market.

The remainder of the book provides the case study of Buriton, explaining why major quarries and lime works were established near the village in the nineteenth century, identifying the ‘founding family’ of the business and describing how each part of the industrial process took place – illustrated by plenty of old images collected as part of the “Heritage Bank” project.

The book concludes with a brief description of the Chalk Pits site as it is now – and the special qualities which make it an important Local Nature Reserve.

Once an important part of the local economy, the Chalk Pits now provide a place for quiet recreation – a very different use, but arguably just as important.

Amongst the creatures hidden away amongst the undergrowth in the Nature Reserve is a particularly rare mollusc, the cheesesnail, which helps to provide the title for this book and provides the end point for the journey from chalk to cheese.