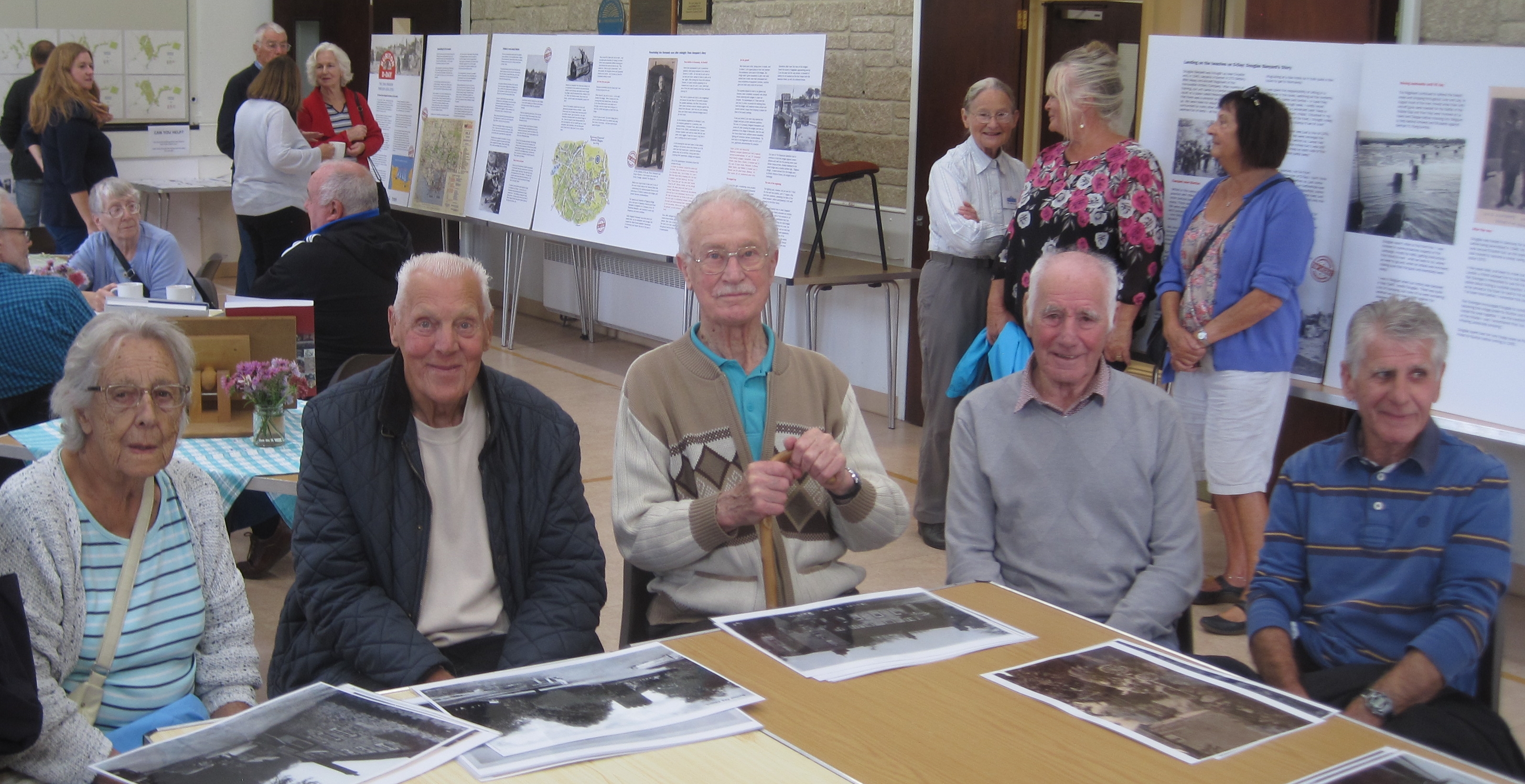 Over a hundred people squeezed into the village hall on Saturday 28th September – including some who had first come here over 70 years ago,

With the 75th anniversary of the end of war on the horizon next year, exhibition organisers had tried to track down as many people as possible who had been evacuated to the parish, from Portsmouth and London, during the conflict.

The photograph shows Pat Haines (nee Cozens), Terry Piper, John Ford, Ted Williams and Michael Chandler who all met each other for the first time in decades – and others came later or sent their memories.

Evacuees had been housed by families all across the parish (and in the hop-pickers’ huts at Cowhouse Farm and at Weston) and the visitors had fond memories of their school days in the village, of stealing eggs (and being told off!) and of exploring the countryside.

As well as relatively local places (Fareham, Portsmouth, Waterlooville, Petersfield, Alton and Bordon) visitors to the Exhibition came from as far away as mid-Wales, Somerset, Nottingham, Yapton, Peacehaven and Madrid.

The attendance this year may have been boosted by a feature article about our work to find Evacuees which was published in the Portsmouth News: click here

It appears as though some of the big houses (Wardown House, Deans Farm, Buriton House and the Rectory) housed large numbers of children during the war years.

If anyone knows anything about any of the evacuees, or about their circumstances in the parish, please contact the Heritage Bank organisers via 01730 231326 or info@buriton.org.uk