Visitors flock to our 2006 exhibition 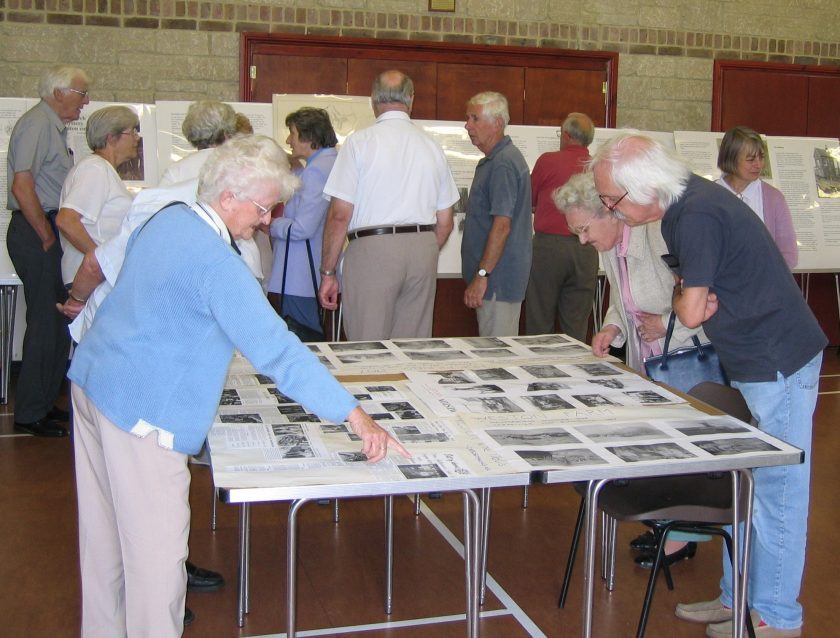 Our annual Heritage Bank Exhibition, held in the Village Hall on Saturday 9th September 2006, was another great success, attracting visitors from across southern England as well as local villagers and their relatives.

This year we collected even more information about the hop-growing traditions of the parish. One visitor brought along about 20 old photographs of the huts in which the hop-picking families had lived whilst staying in Buriton.

And we also had a pair of giant stilts on display which had originally been used in Weston to tie up the strings and wires for the hop bynes to grow up.

We have also been given copies of some old posters which had been produced in the village in the late 1960s or early 1970s. One of them appears to be encouraging objections to proposals to build a monorail and modern roads in the Queen Elizabeth Forest , before it became a Country Park . We will try to find out more about this issue over the coming months.

And quite a lot of visitors were tracing their family trees and taking the opportunity to look at their Buriton roots. Researchers were tracking down the Harfield and Pretty families but there was also interest in the Strugnells and others.

But the main attraction of the exhibition was undoubtedly the tiny coin which had been found in the parish over 80 years ago. It dates from about 150 BC and had somehow travelled over 7,000 miles from its origins before being dropped and lost near Nursted. It was amazing to see the little coin which has added another fascinating story to our swelling archives.