Local connections with D-Day are revealed 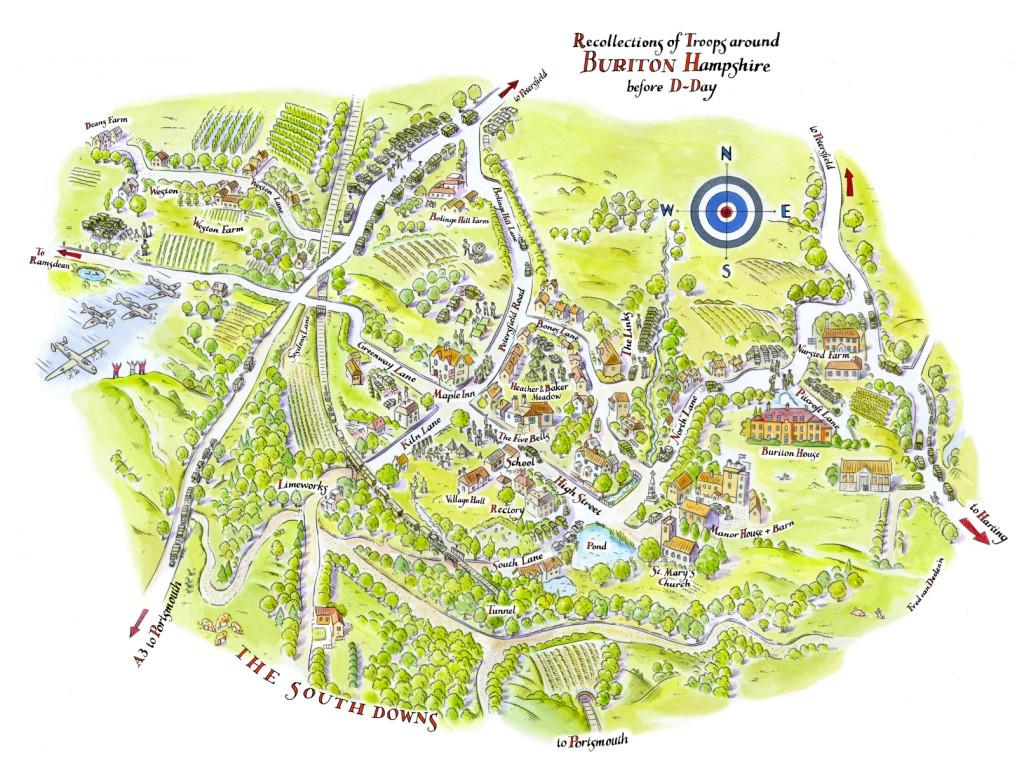 Over 100 people packed into the church on 10th June to hear two fascinating presentations about Operation Overlord and the D-Day Landings of 70 years ago.

In quite a coup for the village, the Curator of the renowned D-Day Museum in Portsmouth , Andrew Whitmarsh, showed dozens of rarely-seen images of the build-up to the campaign as well as photographs of the famous invasion of Normandy .

He also explained background context to D-Day as well as highlighting many local connections.

Findings from Buriton’s recent research was then summarised by Doug jones, Chairman of the Village Association, with more stories and images that had never previously been revealed.

There was also a small exhibition about local connections to D-Day.

As well as recollections about Canadian troops camped around the village, local research has discovered first-hand accounts from people in the Buriton area at the time describing:

•  parachuting into Normandy soon after midnight to capture Pegasus Bridge and other vital targets,

•  landing on the beaches later on D-Day,

•  follow-up operations including the Mulberry Harbours and

•  an amusing account from someone ‘with an inside track’ who missed it all.

“By bringing all these stories together,” the researchers explained, “we are able to highlight the scale, complexity, secrecy and bravery of Operation Overlord ‘through local eyes’.”

However, the search to try to identify exactly which Canadian Regiments and Units spent time in the parish in the build-up to D-Day continues – and anyone with any ideas or information about this is encouraged to contact Doug Jones (01730 231326 or email doug.pam@btinternet.com )

Keith Cummins brought an exciting Canadian military badge to the meeting, dug up in his Glebe Road garden only a couple of months ago: a place where it is known that troops were camping in the days before D-Day, long before the houses were built.

The badge appears to date from the First World War: the 218 th Battalion of the Canadian Expeditionary Force ( Alberta ). Does this help to identify any Second World War Canadian unit? Did a Second World War soldier carry the badge with him as part of a family connection? Or did it find its way into the ground in Buriton some other way.

If you think that you might be able to help with this mystery, please contact Doug Jones.