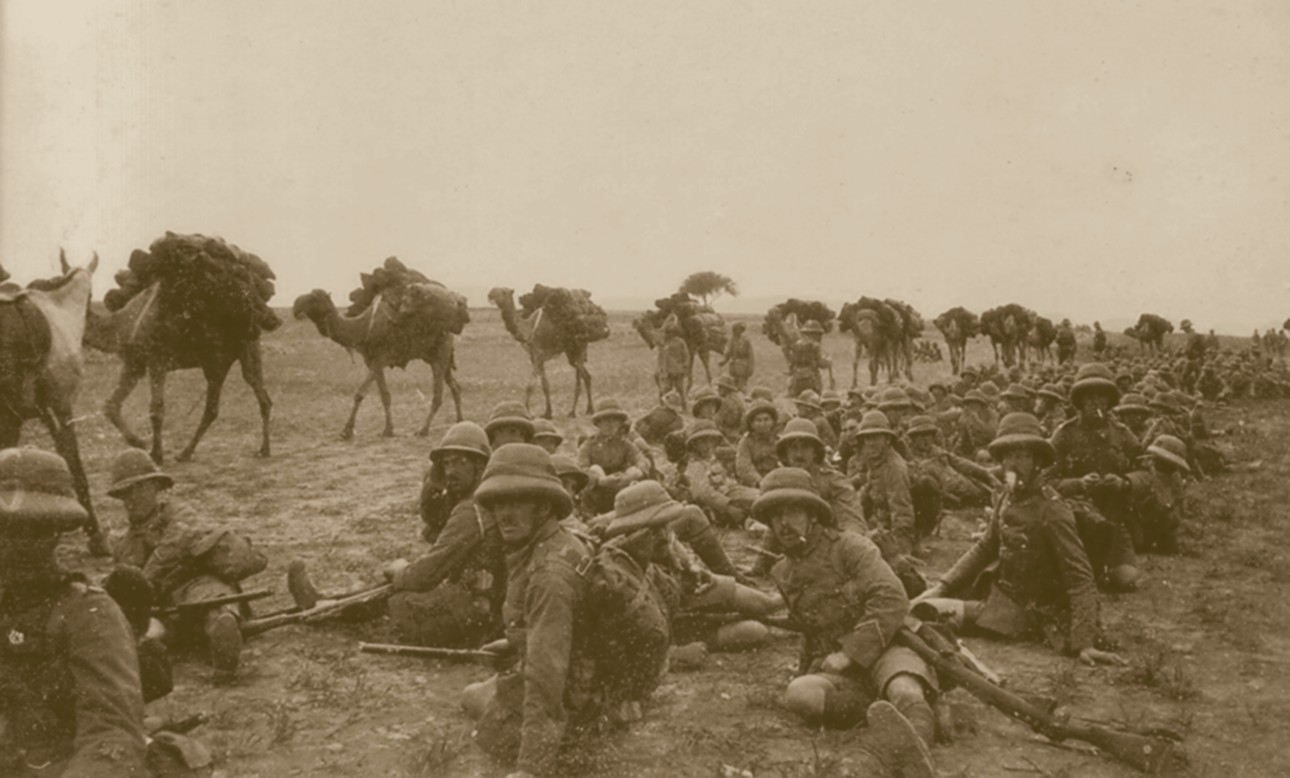 Michael Reeves of Bones Lane has recently found a treasure trove of photographs showing scores of images from the time of the First World War.

Frederick Smith, Michael’s mother’s uncle, had been born in the village in 1885 and had worked on the Bonham Carter’s Manor Farm as a stockman and hop field manager.

Within two years of the outbreak of war, he found himself travelling to India as part of the 1/9 th Hampshire Regiment.

He was able to send photographs back to his wife-to-be, Margaret Allison, who kept them all in a special album.

The album has recently been re-discovered – and it provides a unique insight into life in India almost a hundred years ago.

“I knew that the Buriton Village Association wants to find out about the effects of the war on the village,” explained Michael, “and I knew that we had an old album hidden away somewhere.”

“I’m glad that I was able to find it,” he added. “I’d forgotten how many photographs it contains.”

The immaculate little album contains almost 150 photographs and shows men of the Hampshire Regiment on parade, posing with their weapons, admiring a rare war-plane, travelling with camels to the frontier and relaxing in their barracks.

But there are also fascinating insights into life in India a century ago: snake-charmers, bazaars, Hindu temples, ploughing with oxen, drawing water from wells, crushing lime and weaving on home-made looms.

The album provides a fantastic snapshot of life a hundred years ago, adding to the information that the project is finding out about other men from Buriton who went away during the war. The photos bring to life exactly what Frederick Smith and his colleagues had to do in those troubled times.

Project organisers hope that more families might find things like this, so that more information can be collected.

Findings are being summarised in each edition of the Parish Magazine and there are hopes to publish a well-illustrated book in 2018.

Anyone who may have any information about Buriton and the First World War is encouraged to contact Doug Jones on 01730 231326 or via doug.pam@btinternet.com