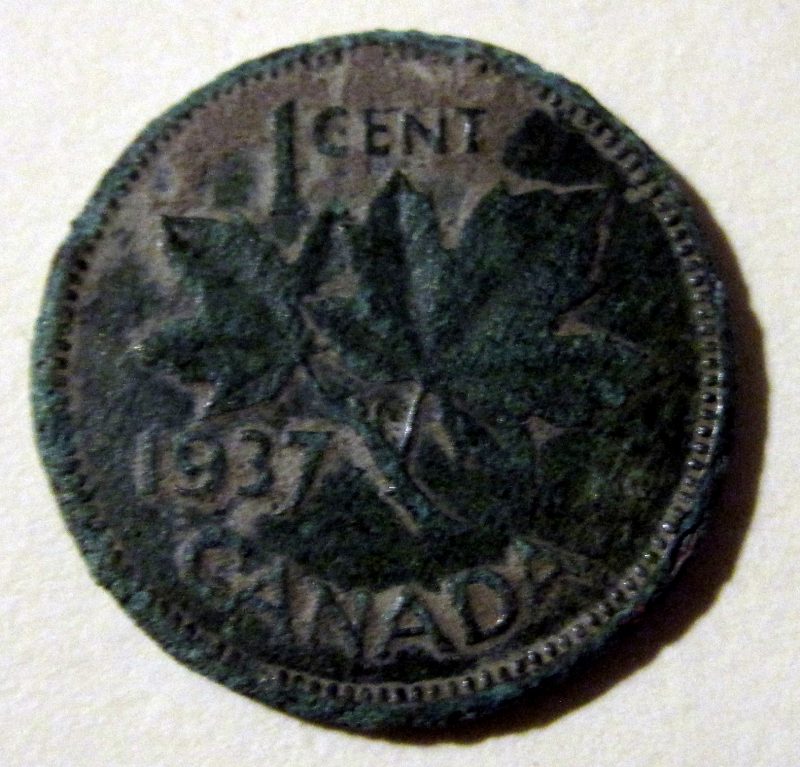 A routine field survey by local metal detectorists has unearthed a Canadian 1 cent coin in an area where Allied Troops are believed to have assembled in the weeks leading up to D-Day in 1944.

Research undertaken in Buriton to mark the 70th anniversary of D-Day (part of a larger Heritage Lottery Funded project, coordinated by the D-Day Museum , Portsmouth ) included personal recollections from a number of villagers, describing where troops had camped and what they had been doing.

There was also an overwhelming recollection that most of the men around Buriton were Canadians – but, unfortunately, it has not yet been possible to identify which Regiments or Units.

The discovery of the Canadian coin (dated 1937) supports this local evidence – but only adds to the intrigue about which Units they were, and what was their fate after they left this parish.

If you think that you may have any information to help solve this mystery, please email: heritage@buriton.org.uk