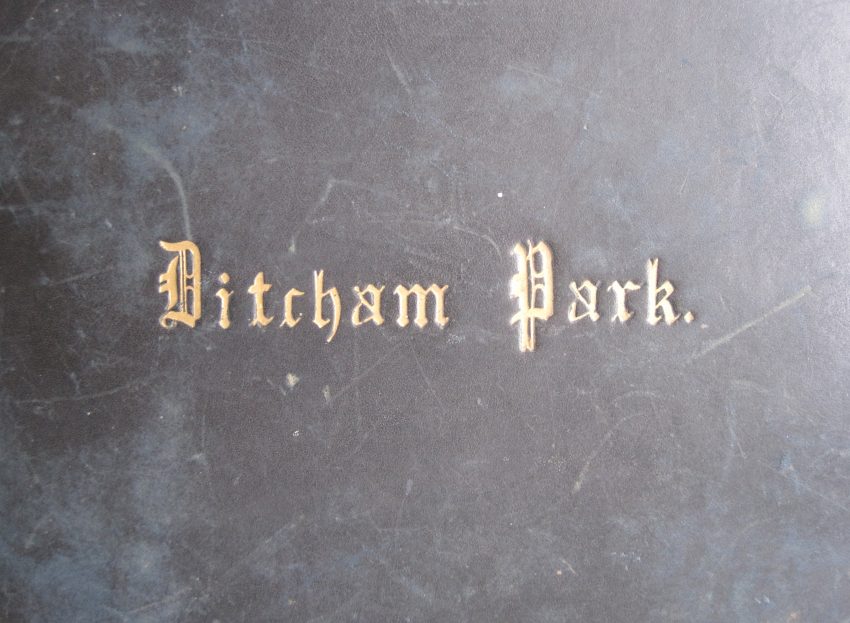 An attractive, leather-bound Visitors Book, containing hundreds of signatures, has been shared with the Buriton Heritage Bank.

Gold lettering on the front cover show that it relates to ‘Ditcham Park’, the home of the Cave family for many years.

Laurence Trent Cave bought the estate in 1885 and had a new, larger house built on the site. On the evening before the family was due to move in, the house was engulfed in flames and had to be largely demolished and rebuilt.

The Visitors Book may, therefore, cover the period from the very day that the family moved in: the first entry in the book is dated August 26th 1889.

Laurence Cave died in 1899 and the estate passed to his eldest son Captain Charles Cave. But it was not until May 1903 that Charles and his wife, Mimi, took up residence and the Visitors Book shows this temporary gap.

With Charles Cave’s interests in meteorology and other sciences it appears that there are occasions when distinguished guests visited Ditcham from further afield including Chicago, Minneapolis, Washington DC, Copenhagen, Dresden, Heidelberg, Stockholm and Zurich.