‘Silent Soldier Trail’ brings praise from near and far 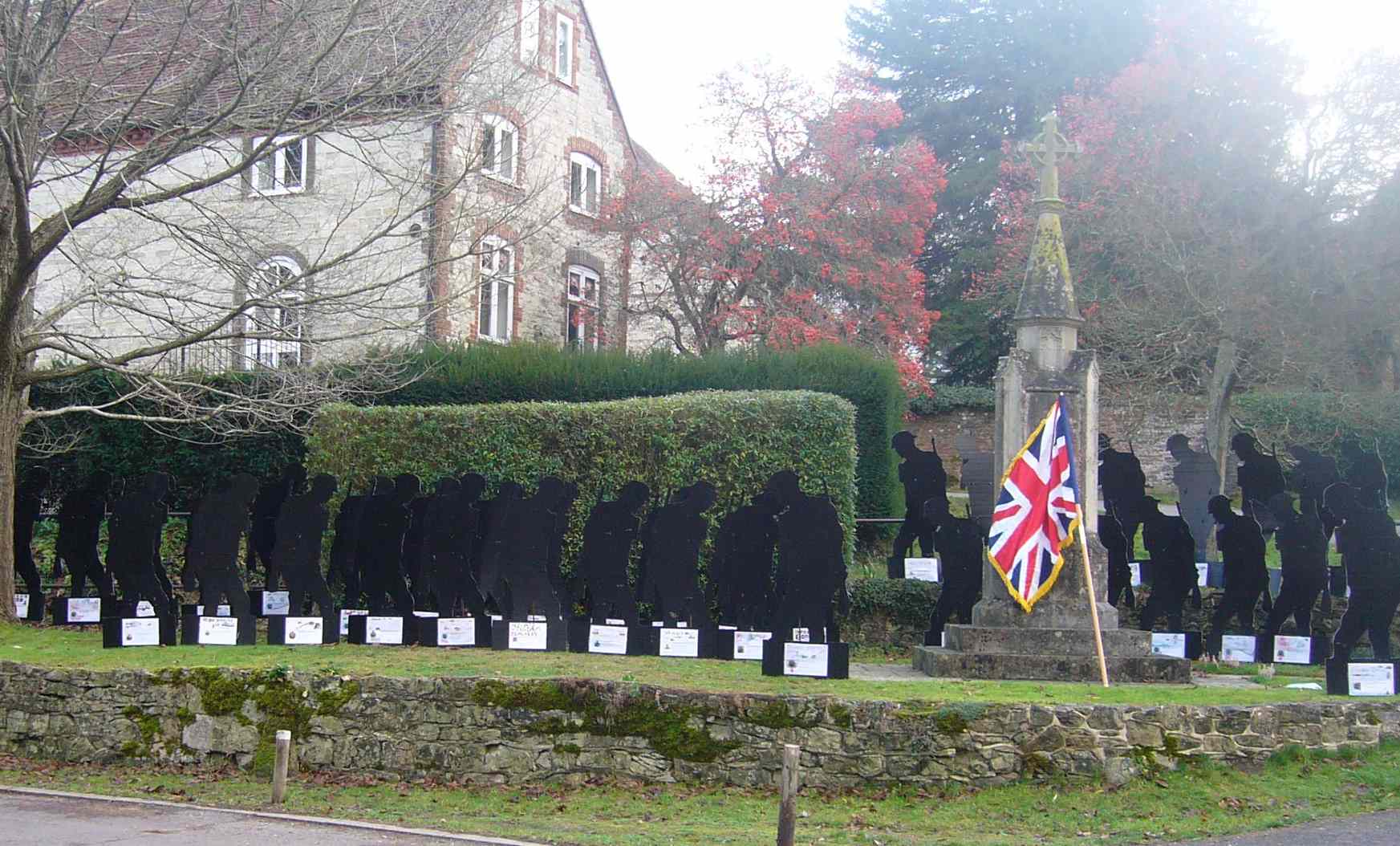 Buriton’s Silhouette Soldiers were relocated for a final farewell around the war memorial.

Elaine Bray’s thought-provoking and informative initiative attracted interest and praise from near and far – and raised about £250 for the Royal British Legion.

The Trail was featured as one of the weather pictures on BBC TV’s South Today and Elaine was also interviewed on Radio Solent. She said that her “faith in humanity had been restored as not one of the soldiers was damaged by anyone; only the weather having done its worst to them.”

Although all the research about each of the First World War men was undertaken by Elaine, she wished to thank Buriton Primary School, particularly Mrs Holloway, for embracing the idea and allowing the children to produce the art work for each serviceman – and to Karen White who helped transform the idea into practice by producing the men. Companies also sponsoring the event were Meon Springs, White Wool Farm; Waitrose; Between the Lines; Picketts and Pursers; One Tree Books; Beaver Tool Hire and Green Team Interiors Ltd.