Register of Electors from 1869 found 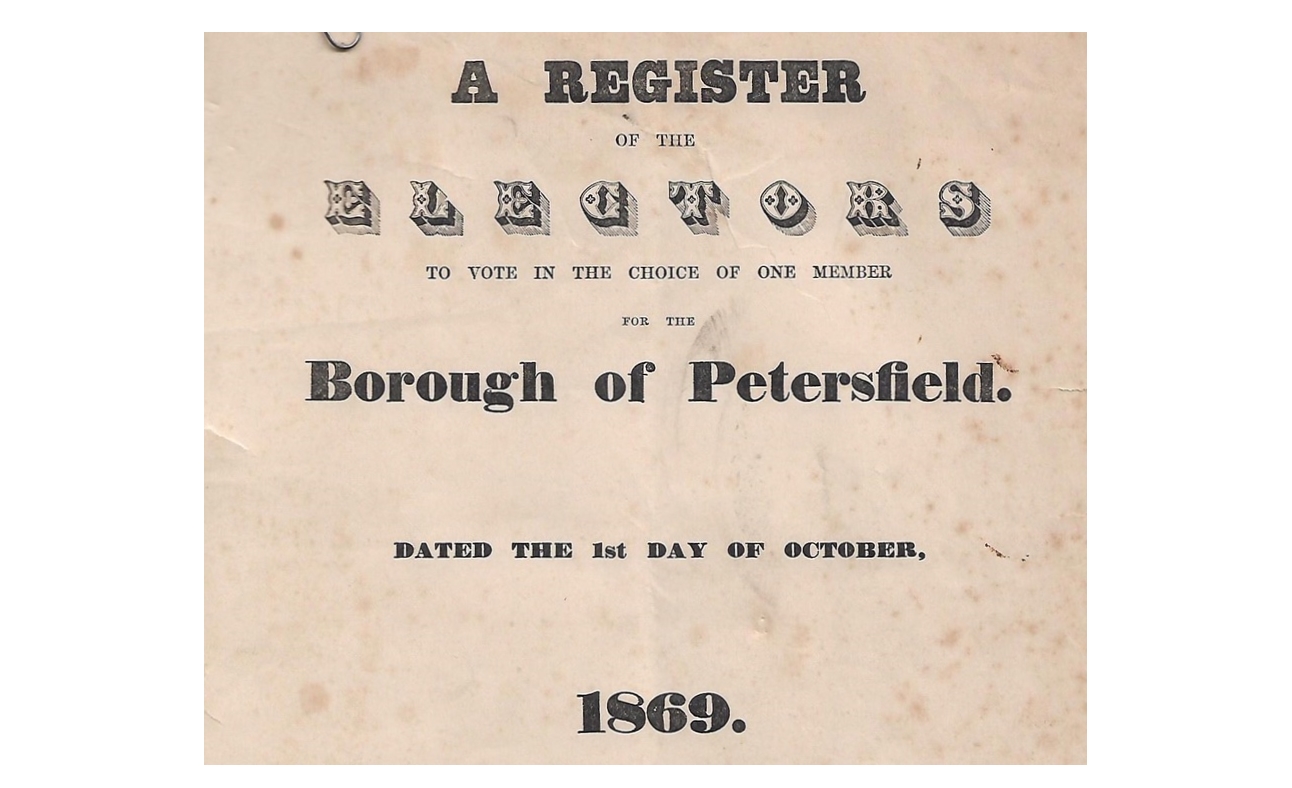 A copy of the Buriton part of this special Register has been given to the Heritage Bank by Michael Reeves.

It is a Register of the 153 men in the parish of Buriton who were eligible to vote in the choice of one Member for the Borough of Petersfield. It is dated 1st October 1869 in the name of Samuel William Seward, The Mayor.

This Register was compiled relatively swiftly after the passage of the Reform Act (the Representation of the People Act) of 1867 which enfranchised many male householders and greatly increased the number of men who could vote in elections in the United Kingdom.

In places like Petersfield, men who were owners of property, tenants or lodgers paying at least £10pa could now vote and the list contains many familiar parish surnames. Samuel William Seward appears in the Buriton part of the list himself because of his significant farming tenancy at Weston.