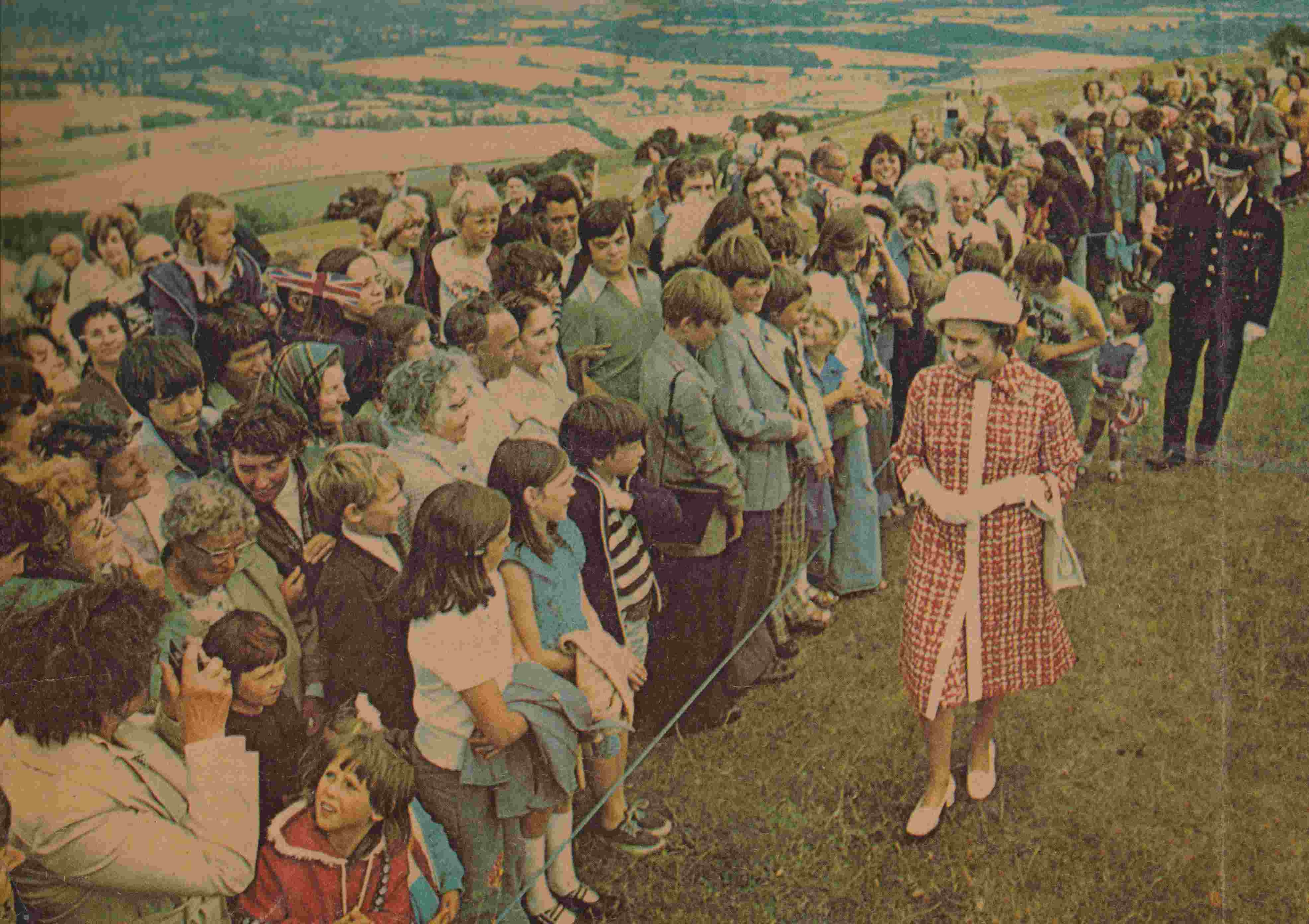 A fascinating series of scrapbooks charting the history of the Queen Elizabeth Country Park has been taken to Winchester for safe keeping and public access.

Over 30 scrapbooks, compiled by QECP staff, cover the period from the Park’s creation in 1976 through to 1995. They provide lots of examples of what the Country Park was doing, as well as lots of press cuttings and other material.

A visit by the Queen in April 1976 to formally open the Country Park is one of the early memories recorded.

Amongst the other material deposited at the Hampshire Records Office is a DVD film which had been part of the very first interpretive display in the Park Centre. The film relates aspects of the history of sheep farming on Butser Hill from the period before WW1 to the changing uses which followed WW2 and it was watched by the Queen during her visit. As well as a commentary by author and TV presenter Jack Hargreaves, Bob Copper (of the famous Copper Family, renowned for singing traditional unaccompanied local songs) composed and sang “On the Bare Brow of Butser” as background music.

With Country Parks being a relatively new phenomenon in the 1970s (resulting from the Countryside Act of 1968) and with Hampshire County Council probably being a leading player in those early days, these records about the Queen Elizabeth Country Park are, therefore, potentially of wider interest to others. The relevant Accession Number is 57A05d14.