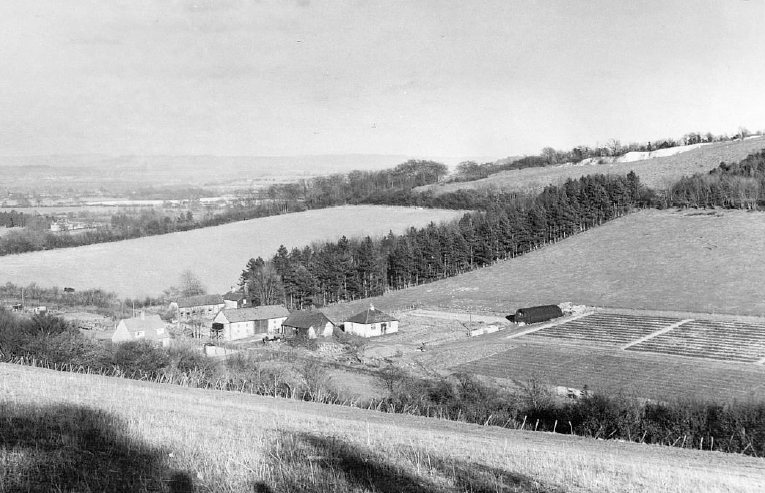 Under the dense canopy of trees that cover much of the forested hills of War Down, Head Down and Holt Down above the village, little now remains of the short turf that once carpeted the rolling landscape.

History has turned full circle. Before man settled in this area beech, ash and yew trees would have grown on the thin chalk soils, dominating the landscape. Prehistoric farmers then cleared the woods, first with primitive stone tools but eventually with more sophisticated implements of bronze and iron. Only the beech woods on the steep northern, ‘hanger’ slopes – too steep for cultivation – survived.

The downs then remained unchanged for centuries. Even at the beginning of the twentieth century, villagers and travellers on the London – Portsmouth road would have viewed War Down and Holt Down as open areas of chalky grassland, perhaps with just a sprinkling of yew and whitebeam.

However, things were to change from 1927 when much of the land around Buriton was up for sale following the death of the local ‘squire’, Lothian Bonham Carter.

The next few months were to see changes to this once sheep-dominated countryside. The downs were once again set to be green with trees, bringing one of the biggest changes seen in the parish in the last 100 years.

Until now, the story of the introduction of Forestry to the area has been one of the ‘missing chapters’ in our local history initiative.

But we have now been able to bring material and recollections together from a wide range of sources – and we would welcome any comments or contributions.

Do you know any more about the history of forestry around Buriton?

Do you have any old photographs of the work or of any of the workers?