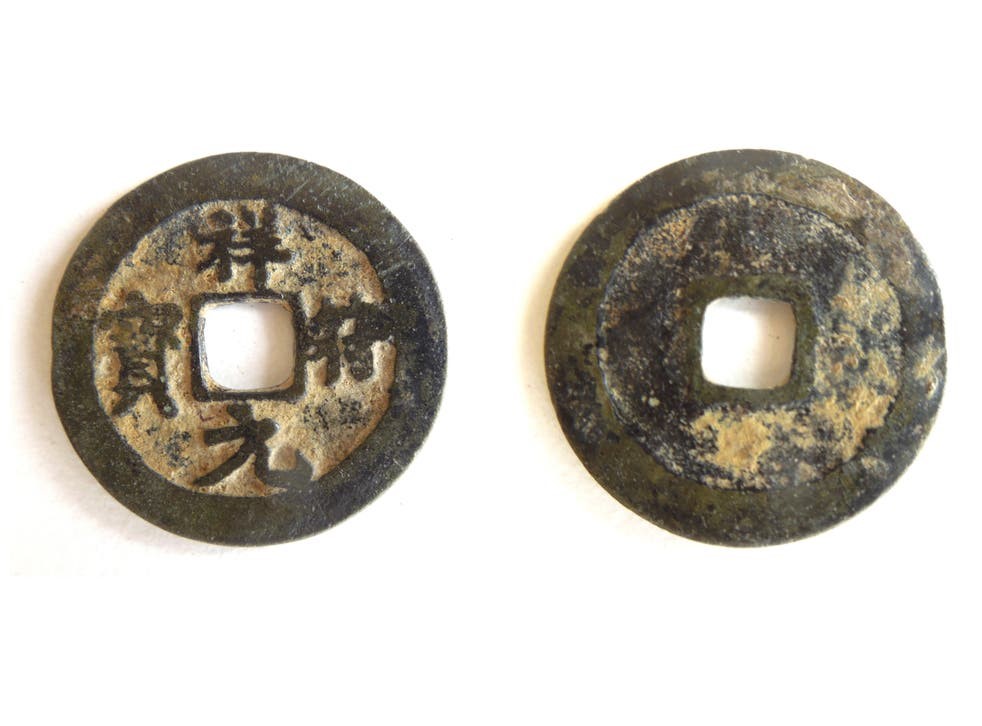 Towards the end of 2020 a number of national newspapers reported that a Chinese coin from the early 11th century had been discovered in a field in Buriton.

It will probably always remain unclear how this medieval Chinese relic ended up here – but it could hint that centuries-old links between Europe and China were more extensive than previously thought.

A leading historian, Dr Caitlin Green of the University of Cambridge, has written a blog post (here) describing the discovery and suggesting that the coin was most likely dropped at some point during the Middle Ages.

She explains that the coin was discovered in a field where other artefacts from the medieval period had been found and not very far, about 20 miles, from the site of a piece of medieval imported Chinese pottery.

The copper-alloy coin is from the Northern Song dynasty and was first issued between 1008 and 1016 AD during the reign of Emperor Zhenzong – although it is understood that these coins were minted in such vast numbers that they continued to circulate well into the fourteenth century: long after the dynasty ended in the 1120s.

Documentary evidence shows that East Asian travellers visited Britain and Europe in the 13th and 14th centuries, providing a plausible way for the coin to have been brought here.

The coin, which is about 25mm in diameter, only has inscriptions on one side and has a square hole in the middle allowing a number of coins to be strung together.

Virtually all other Chinese coins found in Britain have been minted much more recently (between the mid-17th and early 20th centuries) making the Buriton find particularly interesting.