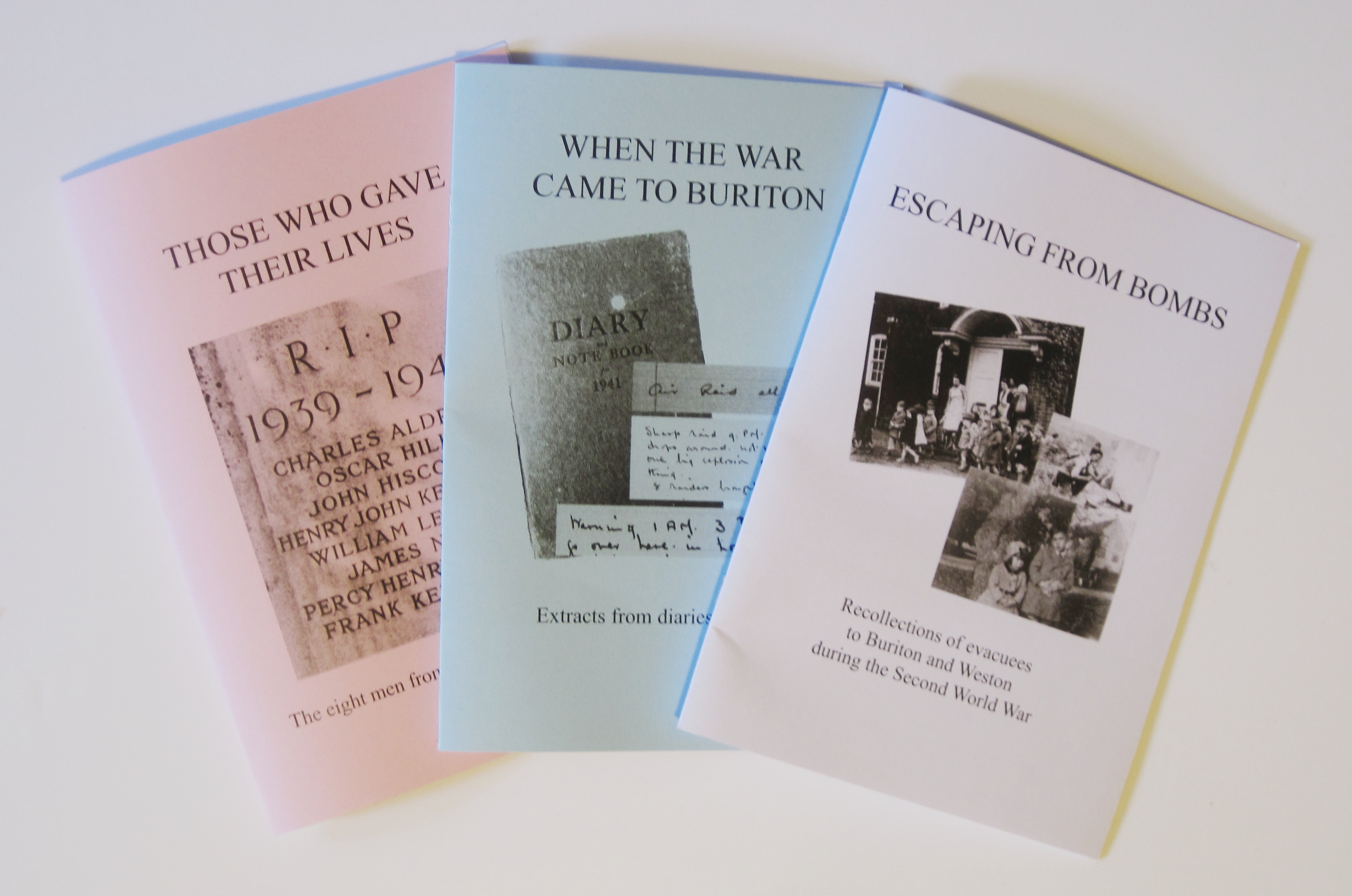 Three new publications have been produced as part of the Buriton Heritage Bank initiative.

The new series of booklets is dedicated to all the men and women of Buriton who helped their country during the Second World War.

Compared with the First World War, just a few short decades earlier, the loss of life was mercifully less – eight men compared with forty – and one of the new booklets attempts to tell the stories of each of the men who gave their lives whilst trying to ensure a world of peace.

Another booklet, entitled ‘Escaping from bombs’, provides recollections gathered from almost twenty evacuees who were moved out of big cities to avoid air raids and who encountered a very different way of life in and around Buriton.

The third booklet draws upon diaries and notes kept at the time: providing detailed day-to-day accounts of air raids warnings, aerial dog-fights in the skies above the village and many other ways in which the war affected life in the parish.

It has proved invaluable that people who were living through those troubled times (75-80 years ago) were keeping records about effects on their lives and writing down their thoughts. They have provided some fascinating insights and lessons for the future.

That is why the Heritage Bank, like many other organisations across the world, is encouraging people to make some notes now about the COVID19 outbreak. We are currently living through history and some of the day-to-day events and feelings may be of great interest to those living here in years to come. Photographs of things like the NHS rainbows drawn by children and put in many windows could, in a century, be an important record of a life-defining moment. For further details of how to take part in this community initiative, please click here

More information about life in the parish during the Second World War is provided in ‘Buriton in Living Memory’ and in ‘Buriton & D-Day: the 1944 invasion through local eyes’: details of which are available here.